Thompson Middle School Principal Katie Zielinski wasn’t surprised when she saw the school’s band director named as one of the nation’s “50 Directors who make a Difference” in mid December. 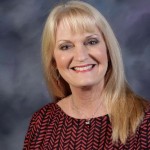 “Of course I’m thrilled,” Zielinski said during a Jan. 8 interview. “Knowing the talent she has and the time she dedicates to the students, I wasn’t surprised. But to have the public acknowledge it, that’s just great.”

The TMS band director, Connie Hammond, was named to School Band and Orchestra magazine’s “2013’s 50 Directors who make a Difference” list, which included one band director from each state in the country.

The list, which was published on Dec. 16, sought to shine “the spotlight on an incredible array of outstanding music educators from every corner of the United States,” according to the publication’s website.

The band directors on the list were nominated SBO readers, and were selected by the magazine’s editorial staff.

In her entry on the list, Hammond, who has taught for 35 years and has been at TMS for 13 years, said her proudest moments “come each year when a new group of students realize their goal of learning and performing music either by themselves or with a group.”

“It is especially gratifying when a special needs child is accepted into the group and succeeds beyond their expectation,” Hammond wrote in her entry. “When a student tells me they want to teach band because of the passion for music they learned in my class, it lets me know that I am doing what I was called to do.”

She said she enjoys seeing students’ confidence, abilities and life skills improve through taking part in the school’s band program.

“Listen with your head and not your heart so you give your students the best opportunity to succeed in their music,” Hammond wrote in her entry. “Remember what it’s like to be the age of your students. If you don’t love it, you need to leave it!”

Zielinski said Hammond has been instrumental in helping to build a successful band program in Alabaster’s schools over the years.

“She and her husband and (THS Band Director) Mr. (Jon) Bubbett have really built a strong band program in Alabaster,” Zielinski said.