COLUMBIANA – Randy Fuller has announced his intention to seek re-election for a third term as Superintendent of Shelby County Schools, according to a news release.

Fuller has more than 30 years of experience in education and became superintendent of Shelby County Schools in November 2006. Prior to that, he served as principal of Oak Mountain High School for eight years. 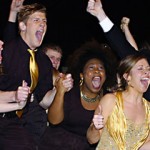 During Fuller’s tenure as superintendent, the Shelby County School System faced multi-million dollar shortfalls in state funding due to proration and historic recession. Fuller’s strategic planning initiative, along with continuous school improvement, provided a sustainable path to follow that allowed the district to still meet the expectations of being an exemplary school district, according to the news release.

Fuller also led the district through the “Renew Now for Our Children’s Future” tax renewal campaign, which provided the funding for a capital improvement project initiative in every school community. Projects included the construction of three new schools – Calera Middle School, Forest Oaks Elementary and Helena High School – as well as new classroom additions and renovations throughout the district.

During his tenure as superintendent of Shelby County Schools, Fuller has been recognized with numerous awards and honors. Among them are the University of Montevallo Kermit A. Johnson Outstanding Superintendent Award, the Alabama School Communicators Association’s Superintendent of the Year Award, and the Marbury Technology Innovation Award for Central Office Leaders at the Alabama Educational Technology Conference in June 2011.

Fuller is a member of the School Superintendents of Alabama professional association and is a charter member of the Superintendents’ Leader Network. He also served as the chair of the State Chemical Awareness Program (CAP) Steering Committee. He is also a graduate and active alumnus of Leadership Shelby and serves on the board of the Greater Alabama Council of the Boy Scouts of America.