This district-wide award, named for late W. A. Berry High School coach Bob Finley, recognizes an employee and two graduating seniors who exemplify good character. The three winners, along with grade-level winners throughout the school system, will be recognized at the 2014 Finley Awards Banquet March 20 at the Cahaba Grand Conference Center. The employee chosen will receive $1,000 and the students chosen will receive $500 each.  In addition, the award winners will become the official spokespeople for the Character Education Recognition Program across Hoover City Schools. 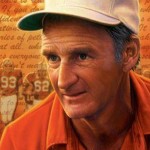 To submit a nomination, fill out the nomination form available at www.hoovercityschools.net, and mail the form to Louise White at Hoover City Schools’ Central Office by Feb. 3.  Nomination forms also can be emailed to lwhite@hoover.k12.al.us. Following application submissions and committee selections, student and employee winners will be announced at school-level ceremonies in February.

“Though [Finley] was often catapulted into the spotlight as a result of his position, he never sought recognition, but was always humble,” according to a school system news release. “Coach Finley endeared himself as a gentleman who was genuinely concerned for others, who was respectful as well as respected, and who was committed to his faith, family and professional calling.”

The Finley Awards for Character Education program began in 1996 as a tribute to Finley’s character. In its nearly 20 years of existence, the Finley banquet has grown in size and scope to honor students and faculty — the best of the best in Hoover City Schools.