Alabama native and longtime author and journalist Robert Inman will be greeting readers and signing copies of his new book “The Governor’s Lady” during a Jan. 25 visit to the Pelham Public Library. 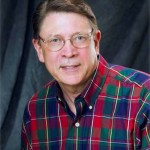 Inman will visit the library from 2-3:30 p.m., and visitors are encouraged to bring their own copies of the book, as none will be available for purchase at the event, according to the library.

“The Governor’s Lady” is about Cooper Lanier, the husband of a southern governor. After Cooper is elected as the state’s governor to succeed her husband, a blizzard strikes the state, thrusting her into action on her first day in office.

Over the course of her term, Cooper learns of her husband’s backroom dealings in his quest to run for president.

“The Governor s Lady shows how politics brings out the best and worst in people and how the public arena affects politician’s values and relationships,” read the publisher’s synopsis of the book. “The novel will appeal to those interested in a deeper understanding of the subtexts and complexities of American politics and the growing role of women in the political landscape.”

For more information about Inman’s visit, call the library at 620-6418.

Shelby County’s Brandon Green goes up for a dunk as Vincent’s Elton Datcher looks on in a Jan. 9 contest... read more