A 23-year-old Birmingham man is being held in the Shelby County Jail on bonds totaling $120,000 after he was arrested and charged with a Christmas Eve robbery in Pelham. 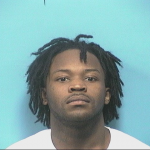 The Pelham Police Department arrested Romero Deon McMorris, whose address was listed in the 1500 block of Sixth Street North in Birmingham, on Jan. 9 and charged him with one count of first-degree robbery and one county of first-degree burglary.

McMorris is scheduled to appear in the Shelby County Courthouse for a preliminary hearing in front of Circuit Court Judge Dan Reeves on Feb. 5 at 8:30 a.m., according to court records.

First-degree robbery and first-degree burglary both are Class A felonies. If convicted of the crimes, McMorris could face between 10-99 years in prison per charge.

FROM STAFF REPORTS HOOVER — The Alabama Department of Revenue will host a free New Business Workshop Jan. 16 at... read more