No damage reported in weekend flooding 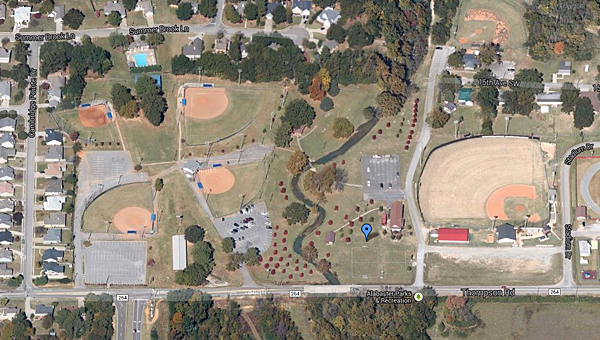 Flooding was reported near the Alabaster Parks and Recreation depot office off Thompson Road on Jan. 11. (Contributed)

Alabaster officials reported no property damage after heavy overnight rains on Friday, Jan. 10 caused flooding issues in some parts of the city.

Alabaster City Manager George Henry said the city had some flooding “hot spots flair up” in the early morning hours of Saturday, Jan. 11, but said no property damage was reported as a result.

In a Jan. 13 email, Henry said the parking lot near the Alabaster Parks and Recreation’s depot office in Warrior Park was “mostly underwater,” and said water had risen to the shoulders on some roads in the city.

Most flooding problems were reported clear by mid-morning on Jan. 11, Henry said.

By NEAL WAGNER / City Editor A 23-year-old Birmingham man is being held in the Shelby County Jail on bonds... read more