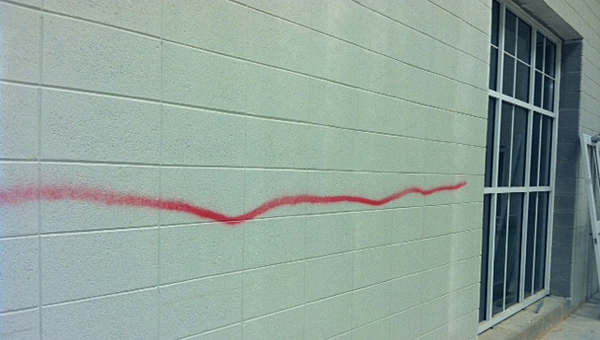 Five Helena juveniles are facing felony charges after they were arrested on Jan. 16 and charged with vandalizing the under-construction Helena High School building a few days earlier.

Helena Police Department Detective Chris Rollan said construction workers arrived at the building, which is off Hillsboro Parkway, on Jan. 13 to discover graffiti spray-painted on interior walls and fire extinguishers discharged inside the building.

“It wasn’t anything that will cause the school opening to be delayed,” Rollan said during a Jan. 16 interview. “But we are proud of our school. We wanted to send a message that we will not stand for things like this.

“There is no reason for doing something like that,” Rollan said.

After construction workers reported the vandalism to Helena police, the department launched an investigation into the matter. Rollan said the investigation led to the arrest of five juveniles, and said a sixth arrest likely will follow.

Rollan said the suspects did not force entry into the building, but did allegedly enter the school unlawfully to commit a crime, which led to the burglary charge.

Students band together for musical experience

Recommendations for the University of Montevallo Honor Band Festival are due by Jan. 20. (Photo by Matthew Orton/Contributed.)    By... read more