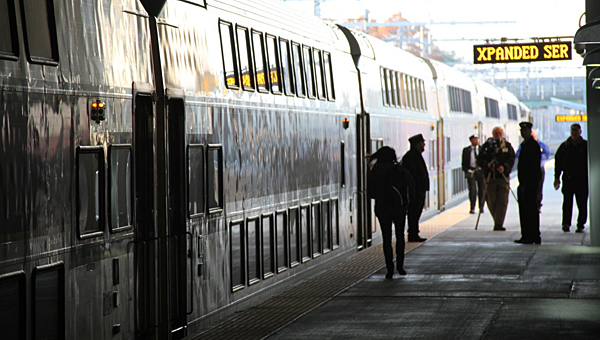 A proposed plan to possibly bring commuter rail service to Shelby County is still being considered by the Alabama Department of Economic and Community Affairs, Pelham’s mayor said during a Jan. 21 meeting with the city’s business owners.

The commuter rail plan is one of several ADECA is considering in Alabama. If approved, the rail service would feature three northbound and three southbound trains each day traveling between Birmingham and Montgomery.

The route would include stops in Birmingham, Hoover, Calera, Elmore County, Montgomery and an Alabaster-Pelham stop, Waters said.

If the plan is approved, municipalities along the route would be responsible for helping to fund the train stations.

On Jan. 21, Waters said he recently attended a meeting with ADECA officials to review a feasibility study on the proposed rail project.

“Do I think it’s feasible after going to that meeting? I do,” Waters said. “Today, we actually have more humans who are entertaining the idea of entering a commuter train than getting in the car and driving.

“If you look at the riders they are anticipating by 2025, it is looking more and more feasible,” Waters added. “I think it’s still very viable. I like the idea.”

Other projects under ADECA consideration are re-establishing the Gulf Breeze rail line from Birmingham to Mobile, adding additional trains to current rail routes and a multi-billion-dollar proposal to add light rail service along the median of Interstate 65 south of Birmingham, Waters said.

As of Jan. 21, no decisions had been made to move forward on any of the proposed projects.