A 25-year-old Pelham man is facing multiple felony charges after Shelby County Sheriff’s deputies said he was stabbed after allegedly breaking into a residence in Alabaster. 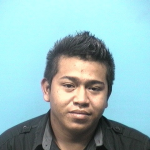 Sheriff’s Office Sgt. Clay Hammac said deputies responded to a 911 call reporting a person with a weapon at a residence in the 400 block of Ozley Road in Alabaster. Hammac said deputies found Aquino-Cruz outside the residence. After investigating the incident, deputies determined the suspect allegedly forced entry into the residence armed with a knife before he was stabbed with the weapon by one of the home’s occupants.

“This was not a random act,” Hammac said, noting the suspect had a relationship with the individuals in the residence.

According to Aquino-Cruz’ arrest warrants, at least one other person was treated for a physical injury in the incident. Aquino-Cruz’ burglary charge came because he was in possession of a knife when he allegedly forced entry into the residence.