A 57-year-old Montevallo man has been arrested by the Shelby County Sheriff’s Office, and is awaiting extradition on charges related to a 1986 Clearwater, Fla., cold case murder. 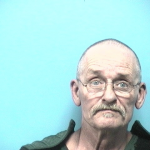 The Shelby County Sheriff’s Office arrested Stephen Manning Lamont, whose address was listed in the 100 block of Glory Road in Montevallo, on a fugitive from justice charge on Feb. 5, according to court records. He is now facing one count of first-degree murder in Pinellas County Florida.

Clearwater police investigators traveled to Alabama to talk with Lamont after reviewing DNA evidence taken from the 1986 crime scene utilizing “new technology that was not available decades ago,” according to the press release.

“DNA evidence taken from the scene was resubmitted and came back with a hit – that of Lamont, whose profile was in the system because he had served time in an Alabama prison for robbery,” read the press release. “Of the 13 million DNA profiles in the databank, the only hit belonged to Lamont.

“At first, he denied knowing the victim, then later said he knew her but didn’t know anything about her death. Lamont then talked of knowing the victim and dating her, then coming to her apartment and finding her dead,” read the press release. “He said he altered the scene and moved her body and even drove her car to Tampa International Airport. Eventually during the interview, he admitted to detectives that he killed her.”

Lamont was taken into custody after the interview at the Shelby County Sheriff’s Office. Staschak’s death happened after Lamont allegedly escaped from the Holman Correctional Facility in Escambia County in 1986.

Hammac said the SCSO was “happy to assist the (Clearwater) investigators any way we could.”

As of Feb. 7, Lamont was being held in the Shelby County Jail without bond awaiting extradition to Florida.

By NEAL WAGNER / Managing Editor A closed meeting between some members of the Pelham Board of Education and Chelsea... read more