Two Alabaster City Schools students and a Shelby County Schools student are being recognized for their award-winning artwork in Montgomery through Feb. 21 after they earned top honors in a state visual art contest.

The students’ artwork is being displayed at the state’s Old Supreme Court Library in the Alabama State Capitol as part of Alabama Superintendent of Education Dr. Tommy Bice’s Visual Art Exhibit.

“The visual arts contribute powerful education benefits to all students and are vital to meeting the needs of the whole child beyond and in support of foundational academic requirements,” Bice wrote in a release. “The Alabama State Department of Education congratulates all of the award-winning students and also commends their teachers for nurturing the talent of these talented young artists.”

Alabama public school systems were allowed to submit 15 pieces of artwork chosen by school system officials for the showcase. Entries from grades K-12 are accepted, but only the higher grades were judged and exhibited. More than 400 pieces were submitted statewide for consideration in the 2014 exhibit.

In addition to the Best of Show awardee, the state also selected first-, second- and third-place winners were selected for Category I (two-dimensional work) and Category II (photography or computer-generated work).

The award-winning students and their visual arts instructors will be recognized during a luncheon following the March 12, Alabama State Board of Education meeting. 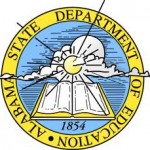 University of Montevallo provost named to state humanities board

FROM STAFF REPORTS University of Montevallo Provost and Vice President for Academic Affairs Dr. Suzanne Ozment has been elected to... read more