A Utah man who previously lived in Calera has been indicted on a first-degree rape charge in connection with the 2009 rape of a “woman who was physically helpless or mentally incapacitated.” 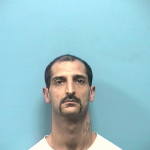 According to court records, Marullo previously lived on Ivy Trace in Calera.

Court records did not list details related to Marullo’s charges, but Strange’s office said the alleged incident occurred on Aug. 1 or Aug. 2, 2009. Marullo surrendered to the Shelby County Sheriff’s Office on Jan. 25.

First-degree rape is a Class A felony. If convicted of the crime, Marullo could face between 10 and 99 years in prison.

The Pelham School Board is working to make sure its school technology infrastructure is ready when the city forms its... read more