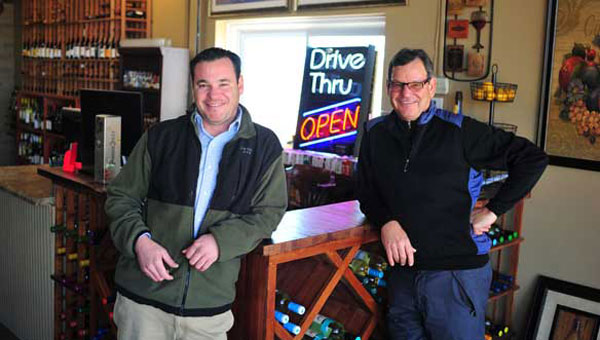 CALERA—R&R Wine and Liquor, touted as Alabama’s first drive-through liquor store, was recently ordered to close the drive-though window immediately, according to a news release by the ABC Board.

Robert Rourke, co-owner of the establishment, said that an ABC Board employee originally told him a drive-through window was legal in Alabama, pending the city’s approval.

“I did everything right, but I guess I was wrong,” Rourke said. “I lose a lot of money on this because of an employee who didn’t know what she was talking about.”

According to the news release, “R & R Wine and Liquor must immediately cease all ‘drive-up’ operations and remove all signage by Monday, February 17, 2014, or its license will be subject to review and disciplinary action by the ABC Board.”

Rourke said that people were very satisfied with the convenient way to buy spirits, and that he is losing money every day since they have had to close the drive-through window.

“We had no issues. Everyone was happy and it was convenient,” he said. “Now I have to turn down dozens of people every day.”

However, Rourke does not want to stop the drive-through operations without a fight.

“I am going to get legal advice and try to fight it,” Rourke said.

By GINNY COOPER / Staff writer HARPERSVILLE—Dolly, a 30-year-old chestnut mare, was found after a nerve-wracking 2 days about a... read more