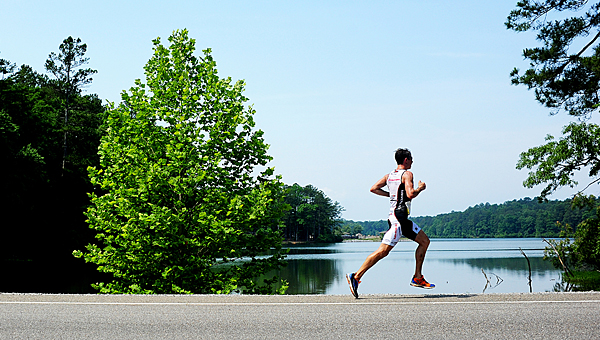 Oak Mountain State Park’s Peavine Falls Road has been named one of the best runs in the world by Runner’s World magazine. (File)

Oak Mountain State Park’s Peavine Falls Road joined the company of locations such as Maui, Hawaii and the Florida Keys as it was named to a list of “running locations to add to your bucket list” by Runner’s World magazine.

In a Tweet published on Feb. 9, the magazine outlined 27 locations for runners to experience in their lifetimes.

The 3-mile road in Oak Mountain State Park, which stretches from a parking area near the park’s south trailhead up a mountain to the Peavine Falls parking area, was one of 27 “Rave Runs” spotlighted by the magazine from 2012-2014.

Oak Mountain State Park’s entry on the list said the November and December are the best months to make the trek up the mountain, as temperatures are moderate and humidity levels are low.

The list also encouraged runners to stay on the paved road, not the nearby green Peavine Falls Trail, and touted the road as a “stunning spot for a pre- or post-race shakeout run.”

Could Saddle Lake be annexed by June?

Residents in the Saddle Lake Farms subdivision off Massey Road may have a chance to decide if they will annex... read more