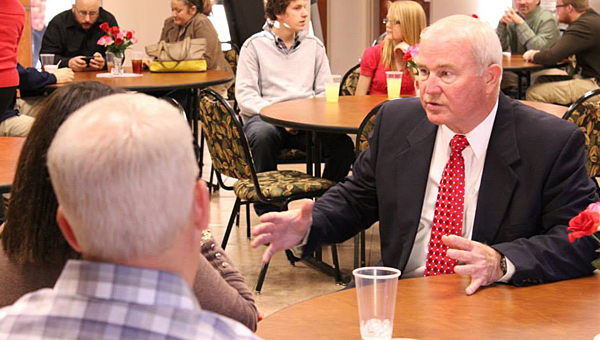 Longtime Pelham and former Birmingham police officer Larry McDow cited a desire to preserve Shelby County’s quality of life and low crime rates in his decision to run for the county’s sheriff seat in this year’s elections.

“I had a feeling that I needed to do it. I just gave it a long, serious thought,” McDow said during a Feb. 19 interview. “I’ve got a fire inside and I can’t put it out.”

Current Shelby County Sheriff Chris Curry announced in 2013 he will not be seeking re-election in 2014, creating a crowded race for the seat. Kip Cole, McDow, Rick Needham and John Samaniego have all qualified for the sheriff’s seat, which likely be decided in the June 3 Republican primary election.

Having lived in Shelby County for decades, McDow said he “feels part of the county,” and said, if elected, he would work to continue the success Shelby County is experiencing.

“I feel like a community is going to flourish if it’s a safe community,” McDow said. “That’s why Shelby County is prospering like it is. (U.S.) 280 wouldn’t be what it is today if crime was high in that area.”

If elected, McDow said he would work to ease past funding disagreements between the Shelby County Sheriff’s Office and the County Commission.

“I think I can work with the County Commission, because we are all trying to accomplish the same thing,” McDow said.

McDow said Shelby County is facing a rise in cyber crimes such as identity theft and fraud, and said he would work to offer educational programs to protect the county’s residents against such crimes.

“I just think I can do a better job,” McDow said.