What’s next for Highway 52? 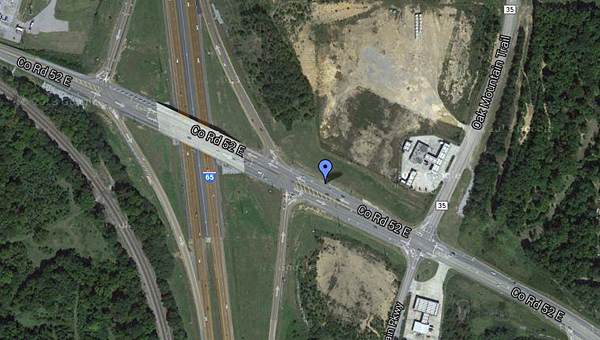 Pelham leaders are seeking clarification on a widening and adding turn lanes on portions of Shelby County 52. (File)

Pelham leaders expressed concern over a higher-than-expected cost estimate of adding an additional turn lane from Shelby County 52 onto Interstate 65, and said they will review the project before moving forward on it.

Pelham City Engineer Jesse Jowers estimated the total cost of adding new turn lanes on Shelby County 52 and Huntley Parkway at “between $350,000 and $400,000,” and Brown said it likely would cost about $200,000 to add only the additional turn lane onto I-65.

The $200,000 cost estimate included funding for an interchange modification study, which may or may not be required, depending on feedback from the federal highway department, Brown said. The project also must be approved by the Alabama Department of Transportation and the Shelby County Highway Department.

City Council President Rick Hayes said the $200,000 estimate on the new Shelby County 52 turn lane was double the original estimate on the project, and said the design presented during the work session differed significantly from previous designs he had seen.

“It was way different from what we talked about in the last meeting we had,” Hayes said during a Feb. 19 interview. “Right now, we’ve just got to get some clarity on that.”

Hayes said the city is still working to have the turn lane project “completed or have certain aspects of it completed by the time school starts” in August.

“If there is a way to get this done by then, we want to do it,” Hayes said.

During the work session, Hayes also requested Jowers ask the state and county highway agencies for feedback on possibly widening Shelby County 52 west of I-65 to Shelby County 33.

“I’ve looked at it, not being an engineer, about 15 times, and I can’t figure out why there’s not room to widen,” Hayes said. “If we are going to assume we can’t do this, let’s make sure we can’t.”