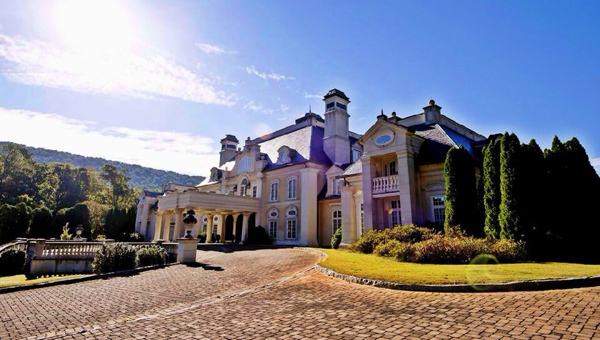 This 15-bedroom mansion in Shoal Creek now holds the title of the largest home on the market in the U.S. (Contributed)

NORTH SHELBY — The 62,000-square-foot, 15-bedroom mansion in Shoal Creek owned by former MedPartners CEO Larry House now holds the title of the largest home on the market in the U.S.

According to curbed.com, the mansion located at 7 Montagel Way is a full 6,000 square feet larger than basketball great Michael Jordan’s Highland Park, Ill., home, which topped the recent index of largest homes listed in America.

The “Versailles-style” Shoal Creek mansion, built in 1997, includes 16 full bathrooms, six half bathrooms, 12 fireplaces, nine garage doors with room for 12 cars, a “recently upgraded” 25-seat theater, an equestrian lounge and guitar-shaped landscaping from aerial views, according to a listing on hurwitzjamesco.com.

Annual taxes on the property are $54,930, the listing reads. According to the Shelby County Property tax database, the mansion’s assessed value is $11.8 million, with the land itself valued at nearly $1.4 million.