A 21-year-old Alabaster man has been released from the Shelby County Jail on bonds totaling $27,000 after he was arrested and charged with selling marijuana and Ecstasy at a Pelham residence. 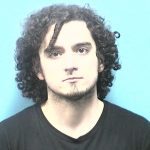 On Feb. 20, the Shelby County Drug Enforcement Task Force charged David Vinci, whose address is listed on Broken Bow Circle in Alabaster, with two felony counts of unlawful distribution of a controlled substance.

The charges came after Vestavia Hills police officers came into contact with Vinci on Feb. 20 and discovered he had several outstanding warrants from the Drug Enforcement Task Force and the Calera Police Department, said Task Force Commander Lt. Kevin Turner.

Turner said Vinci was residing in the apartments at the time of the alleged drug incidents.

Vinci also has been charged by the Calera Police Department with one felony count of second-degree burglary and misdemeanor charges of third-degree theft of property and third-degree criminal mischief.

According to Vinci’s arrest warrants, he allegedly broke into two residences on Burgundy Lane in Calera on May 10, 2013, and allegedly stole an Xbox 360 valued at $300 from one of the houses.

Second-degree burglary and the two unlawful distribution of a controlled substance charges are Class B felonies. If convicted, Vinci could face between two and 20 years in prison per felony charge.

Vinci is scheduled to appear for a preliminary hearing in the Shelby County Courthouse at 8:30 a.m. on March 19.