Birmingham man charged with attempted murder after ‘combative’ with deputies

A 50-year-old Birmingham man is facing a felony attempted murder charge after he allegedly threatened violence against Shelby County sheriff’s deputies during a Feb. 27 incident off Dunavant Valley Road. 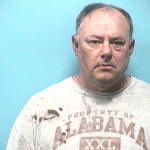 The Shelby County Sheriff’s Office arrested Kevin Daniel Preisendorf shortly after midnight on Feb. 27 while responding to a call of a man armed with a rifle at a residence off Dunavant Valley Road, said Sheriff’s Office Sgt. Clay Hammac.

When deputies arrived on the scene, Hammac said they found Preisendorf armed with a rifle while threatening violence against a victim on the scene.

According to Preisendorf’s arrest warrant, he allegedly loaded a rifle, pointed it at the victim and threatened to kill the victim.

After arriving on the scene, deputies ordered Preisendorf to drop the weapon before he became “verbally resistant,” Hammac said. When deputies approached him, he became “physically combative with the deputies.”

“The deputies used the minimum amount of force to gain compliance,” Hammac said on Feb. 28. “There were no significant injuries in the incident.”

Attempted murder is a Class A felony. If convicted, Preisendorf could face between 10 years and life in prison.

As of Feb. 28, Preisendorf was being held in the Shelby County Jail on bonds totaling $62,500.