Eagles come up short in 4A title game

Calera’s Tyesha Haynes walks back to the bench after a loss in the AHSAA Class 4A State Championship game. (Reporter Photo/Jon Georing)

BIRMINGHAM — As the final seconds ticked off the clock in the AHSAA Class 4A State Championship game, the Calera Eagles girls basketball team’s magical season came to an end. The Eagles fell at the hands of the defending state champs, the Oneonta Redskins, 51-39.

The game was closer than the score indicated, as the Eagles — who were without the services of Kalen Starks due to injury — led by as many as six at one point.

Oneonta opened with a 7-2 run, the lone Calera basket coming off a Tyesha Haynes layup. Midway through the quarter, Calera’s offense came alive, starting with an A’kia Harris free throw. Keyanna Gayden added a jumper to cut the lead to 7-5. A 7-3 run for Oneonta ensued, with Breonna Caldwell nailing a 3-pointer to close the quarter. After one, Calera trailed 14-8.

The momentum shifted in the second quarter, with Caldwell hitting a layup to cut the lead to 14-10. Following a Oneonta basket by Destiny Elliott, Tia McCarter drilled a three, which started an 8-1 run and gave Calera an 18-17 lead on another Caldwell layup.

Haynes dropped in two layups, to the Redskins’ one, giving the Eagles a 22-20 lead at the half.

Calera picked up the tempo in the third quarter, as Haynes and Harris hit layups to give the Eagles a 26-20 lead. Slowly but surely, however, the Redskins worked their way back in the game on a 6-2 run provided by Elliott.

Unfortunately for the Eagles, the lead did not last. The Redskins went on a 14-2 run to take control of the contest, with the lone Calera basket coming on a McCarter layup.

Down 40-35, Calera inched closer to the Redskins with a free throw apiece from Harris and McCarter, but Oneonta pulled away down the stretch to take the 51-39 lead.

Head coach James Knowles said the end result was disappointing, but that he was proud of his team.

“(It’s) truly an honor to be in the state championship game,” he said. “(The) girls worked hard all season. I think we ran out of gas at the end. (Oneonta) rebounded well. I think (it) was the difference.”

Caldwell led the Eagles with 11 points, while Haynes and Harris finished with 10 points apiece.

Calera finished its runner-up season with an overall record of 26-5. 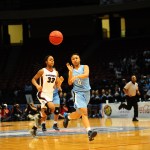 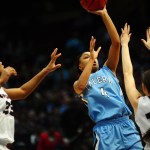 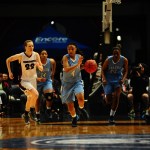 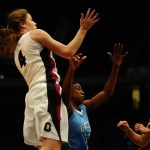 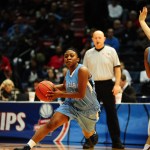 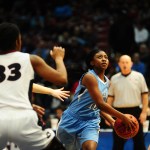 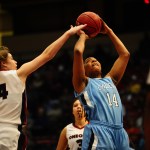 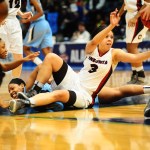 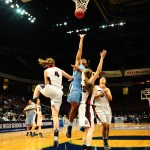 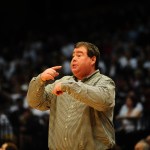 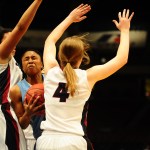 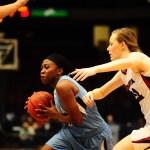 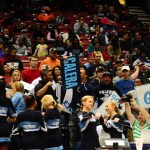 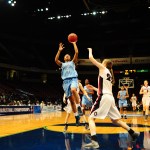 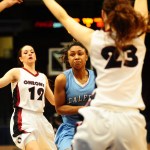 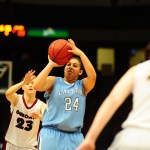 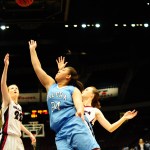 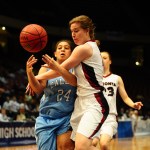 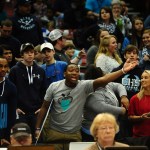 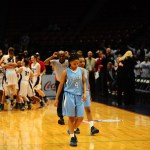 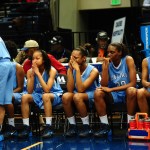 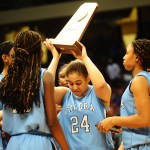 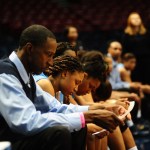 The Calera Eagles took on Oneonta in the AHSAA Class 4A State Championship game on March 1 at the BJCC... read more