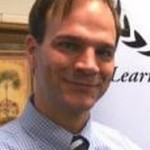 “Just to be considered [for the Finley Award] is an honor,” Zelwak said in a news release. “To win it is actually probably one of the highlights of my teaching career.”

This year’s student winners are Hoover High School senior Chandler Fullman and Spain Park senior Will Freeman. Fullman, known to many as “Superfan,” is a self-proclaimed fan of anything and everything Hoover Bucs.

“I love Hoover,” Fullman said in a news release. “I especially love athletics and when you combine Hoover and athletics — you just love it.”

Fullman has overcome several hurdles during his time at Hoover High. He suffered an aneurysm while on campus his freshman year. Fullman was later diagnosed with Arteriovenous Malformation, or AVM, an abnormal connection between the arteries and veins. The day Fullman suffered an aneurysm, was the same day he was slated to try out for Hoover’s golf team. Instead, he spent the following 56 days in Children’s Hospital of Alabama — 17 of those in a comatose state.

“I kinda realized I was just going to have to be a fan and support my fans,” Fullman said. “I mean, if that’s what God wants me to do I am going to do it.” 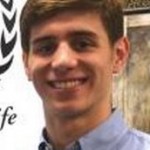 Freeman, a nationally ranked swimmer with a full academic and athletic scholarship to the University of Alabama, was named a national finalist for the Wendy’s High School Heisman last year. Amid his athletic accomplishments, Freeman also joined Spain Park’s Honor Council — a group befitting a Finley Award winner.

“[Our council] actually drafted a code of academic integrity this past summer and we have been trying to implement it throughout the school,” Freeman said.

Zelwak, Fullman and Freeman will be honored at 6 p.m. March 20 during the Finley Awards Banquet at the Cahaba Grand Conference Center.  Grade-level character award winners from each Hoover school also will be recognized at this time.