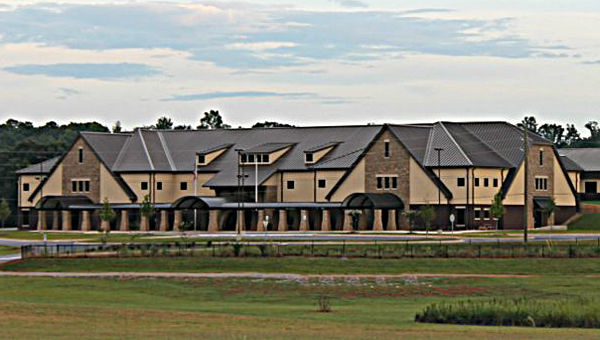 A Calera juvenile was arrested on March 5 and charged with making terrorist threats. (Contributed)

The Calera Police Department arrested a juvenile on March 5 and charged the suspect with one count of making terrorist threats after police said the child threatened to “shoot up” Calera Middle School.

According to the Calera Police Department, officials with the Shelby County School System contacted Calera police at about 8:30 p.m. on March 4 and filed the report.

After talking with county school officials, Calera police officers responded to the juvenile’s house on the morning of March 5 and brought the suspect in for questioning.

Following the interview, police arrested the child and charged the juvenile with one count of making terrorist threats. The suspect was transported to the Shelby County Juvenile Detention Center.

Oak Mountain’s Christian Thomason (No. 15) and Keegan McQueen, along with Spain Park’s Joshua Taggart, run down a ball in... read more