The Caribbean comes to Pelham 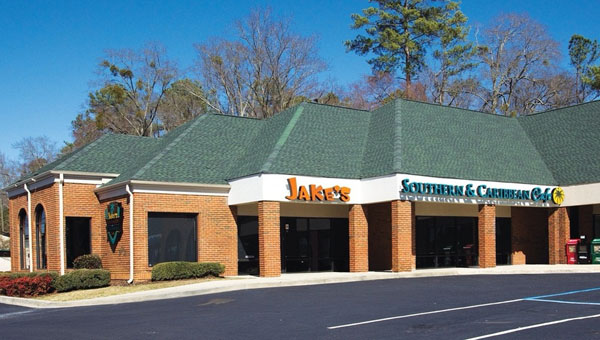 PELHAM—Pelham will soon have its own taste of the Caribbean as Jake’s Southern and Caribbean Cafe gears up for its grand opening. Located at 3569 Pelham Parkway, the restaurant aims to create an island oasis in Pelham.

As one of the only Caribbean restaurants in the area, “Jake’s Cafe brings something new to the community,” said owner and Pelham resident Dawn Simmons.

“My father is from Trinidad, and my mother used to cook this food when I was growing up,” said Simmons of the cuisine.

The jerk chicken, a Caribbean staple, is a highlight of the menu according to Simmons. It is carefully baked, grilled, and marinated for 24-hours and covered in a sweet and spicy sauce crafted from Simmons’ secret recipe.

Guests will dine in a family friendly atmosphere with an island resort vibe. Each piece of décor has been handpicked by Simmons to create a relaxed Caribbean feeling.

On top of food and atmosphere, Simmons said customers can expect great customer service at Jake’s Southern and Caribbean Cafe. As the restaurant prepares to open, the staff is completing training for opening day.

“We will provide A1 customer service, from the time guests enter to when they leave,” Simmons said. “It’ll be an unforgettable experience.”

Jake’s Southern and Caribbean Cafe is expected to open in the next two weeks. The hours of operation will be Monday – Thursday from 11 a.m. to 9 p.m. and from 11 a.m. to 1 a.m. on Fridays and Saturdays. Further information can be found on the restaurant’s website, Jakescafepelham.com.

The US Steel company is funding a new traffic light at the intersection of Hillsboro Parkway and Shelby County 52... read more