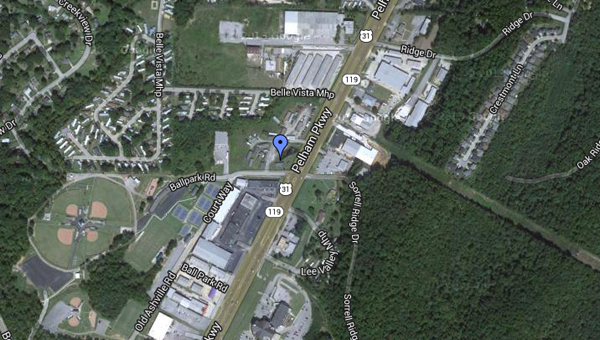 No decisions have been reached for two properties owned by Pelham. (Contributed)

PELHAM—City officials are still deciding what to do with several vacant plots of land surrounding the Pelham City Park.

One plot in contention is a 35-acre property bordering U.S. 31 and the Pelham City Park. Bought by the city in 2011 for $4.94 million, the plot includes the Belle Vista Mobile Home Park and has since paid for itself in revenue generated by the park, city leaders said previously. The land was also home to Gofourth Mobile Homes until the company moved to southern Pelham in mid-October.

The second piece of property consists of two plots off Bearden Road, next to the Pelham City Park. This property was donated to the city by Office Park Partners, LLC in November and is valued around $335,800.

According to Pelham Mayor Gary Waters, there are “no immediate plans” for either of the vacant properties. However, he indicated the city will work to “clean up” and beautify the land.

Waters also noted the Bearden Road property is located in a flood plane, and although no plans exist at the moment, the city “might have some use for it in the future.”