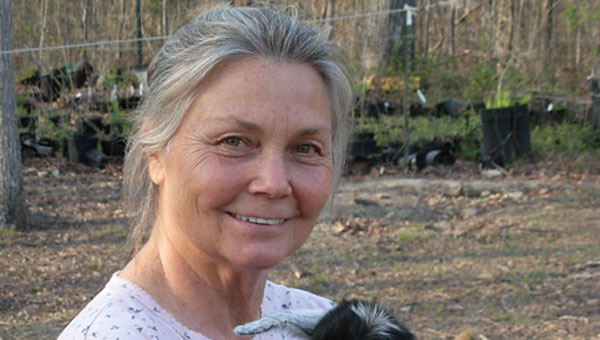 In the early 1970s, Gwen Rowland and her boyfriend set out to live a simpler life. With no building experience or training, they managed to build a houseboat, which would be their home for eight years on the Atchafalaya River Basin Swamp in Louisiana. The pair gained unexpected fame when a collection of photographs of the couple, by C.C. Lockwood, appeared in an issue of National Geographic magazine in 1979.

Her book, “Atchafalaya Houseboat: My Years in the Louisiana Swamp,” is a collection of essays and remembrances of that time. It was published in 2006. A PBS documentary of the same name was released in 2008.

It was that documentary that caught the attention of Shannon Whitfield, who arranges guest speakers at the Roy Downs Calera Public Library.

“I saw her documentary on PBS one night last November, and I was just riveted. I began to research her online, found her phone number and just gave it a shot,” Whitfield said. “She was very nice and personable and open to coming here.”

Rowland spent most of her career, almost 20 years, as the Communications Specialist for a USDA-funded sustainable agriculture and research program. She now lives on a farm in Pike County, Georgia. Sustainable living is her passion and her way of life.

During her visit to the library, Rowland is going to talk about her book and her time in the swamp. She will also make a presentation on self-sustaining farming and how little changes can make a big impact in your life.

“She is going to talk about her life. Her mission is about going backward, but thinking forward. How raising your own food, creating and supporting farmer’s markets, and sharing clothing helps you become a community,” Whitfield says.

Gwen Rowland will speak at the Roy Downs Calera Public Library on March 25, at 6 p.m. She will also be signing copies of her book, as well as taking questions from the audience. Tickets are $5 each, and can be purchased by calling Shannon Whitfield at 205-668-7200.