NORTH SHELBY — A Leeds man is in the Shelby County Jail after he allegedly attacked someone with a machete March 8. 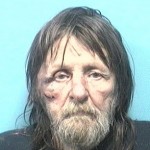 John Thomas Lawler Jr., 65, is charged with second-degree assault following the attack near his home off Highway 470 in Leeds, according to the Shelby County Sheriff’s Office. The victim did not sustain life-threatening injuries.

Online jail records show Lawler is being held on a $10,000 bond for the assault charge.

From NYC to Shelby County

By MOLLY DAVIDSON / Staff writer About a week and a half ago, I moved almost 1,000 miles from where... read more