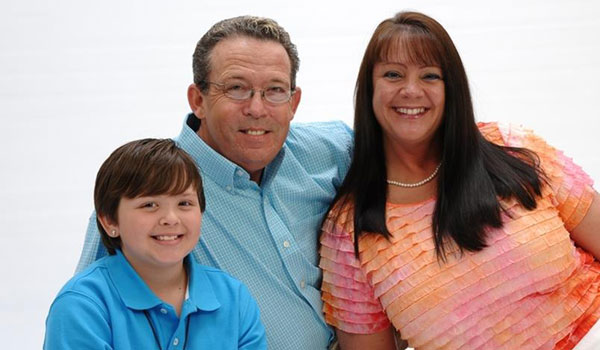 CALERA—Alton Doyle found out that his wife Becky had stage 3B breast cancer on an otherwise normal Friday in February while he was substitute teaching.

“I was absolute wreck,” Doyle said. “The biggest thing was fear: What if she dies? Everything is a waiting game, and it’s awful. I was afraid to leave the house.”

Doyle struggled to navigate the complicated financial struggles brought on by cancer, as well as understand how to apply for Medicaid and disability as Becky endured a double mastectomy, radiation and chemotherapy. In addition, the Doyles were forced to move out of their home, which had mold and was declared unfit for Becky’s suppressed immune system.

Doyle said that the time was confusing and frustrating.

“There’re men’s groups for about everything but this,” Doyle said, and it was this phenomenon, which inspired him to found ManUP to Breast Cancer.

ManUP to Breast Cancer’s mission statement aims to “support the man supporting the woman he loves,” and the group will get together to talk over coffee and dinner, as well as compile the many resources available for families struggling with the disease.

ManUP to Breast Cancer teamed up with The Young Breast Cancer Network, a support group for breast cancer survivors less than 50 years of age, and the two groups will host a Shelby County kick off March 24 from 6 to 7 p.m.

The event will be held at the clubhouse at Landmark Apartments, and feature representatives from organizations including Alabama Cancer Society and Harvest for Health.

In addition, Doyle has approached several restaurants about donating gift cards, so that the men can treat their wives to nice dinners after treatment.

“ManUP to Breast Cancer is not a gender statement, it’s an attitude,” Doyle said.

To learn more about the event or the organization, visit Man UP to Breast Cancer on Facebook or call Alton Doyle at (205) 515-0609.

Ryan May (22) and the rest of the Montevallo men’s basketball team will face Georgia Southwestern, the No. 6 seed,... read more