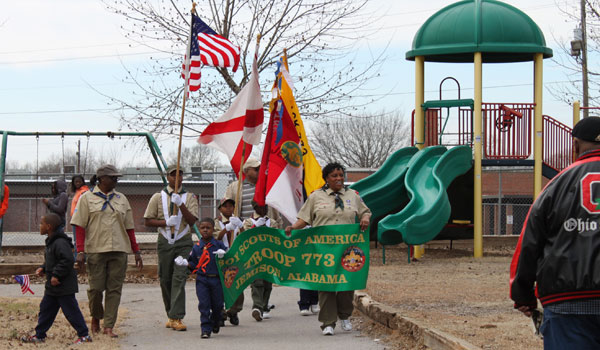 The candidate for the newly created position of park director will be responsible for organizing events and caring for parks in Montevallo.

MONTEVALLO—Montevallo City Council unanimously approved a motion to create the position of park director at their March 10 meeting, with a starting salary of $40,000 per year.

“This position can pay for itself within a couple of years,” Montevallo Mayor Hollie Cost said, citing tournaments organized by the director as a potential source of revenue for the city.

“This is needed, to have a day-to-day observation of the facilities,” Hughes said.

Councilman Rusty Nix lent his support to the motion as well, but stressed the high expectations he has from any candidate looking to fill the position.

“If they need to get on a lawnmower or pick up trash, I expect that,” Nix said.

Dee Woodham approved the motion as well, adding the caveat that if the position does not pay for itself within one to two years, the council will reevaluate the position at that time.

The new position will be a great for the city, and should lead to more organized teams for the community, assistant city clerk Cindy Holsombeck said.

“It will help them develop more structured programs,” Holsombeck said. “We’ll have someone to be there to organize events. Hopefully we’ll get more children’s programs going.”