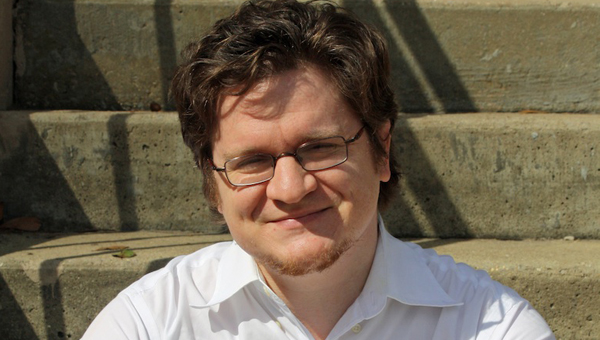 HELENA—As the sports world prepares for the NCAA March Madness basketball tournament, Helena resident Samuel Kent is preparing for March madness of a different sort. On March 17, the local poet and illustrator will enter the first round of competition in the 2014 March Madness Poetry tournament.

Kent began writing poetry in elementary school and “got serious about writing” in high school. Since then, Kent estimates that he has written more than 1,000 poems, and he spends between three and four hours each day composing poetry with accompanying illustrations for his three sons.

“I remember things that have made me laugh,” said Kent of his inspiration. “My best ideas often come when I’m not fully awake.”

Last year’s March Madness Poetry fifth place finisher, Kent enters this year as the 13th seed in the 64-poet competition. Sponsored by Think, Kid, Think!, the March Madness Poetry tournament is a bracket-style competition in which writers, called “authletes,” are given a word and then have 36 hours to compose a children’s poem using the assigned word. Winners are chosen by votes from the public, classrooms, and fellow authletes.

Kent, who has written poems using words such as floccinaucinihilipilification and pulchritudinous, said his daily writing is definitely good practice for the upcoming competition, but he added, “you never know what words might be thrown at you.”

The bracket of this year’s nearly four-week long tournament is comprised of poets from across the world and some of the biggest names in children’s poetry, including award-winning authors such as Jane Yolen, Allan Wolf and David L. Harrison.

“The opportunity to compete head-to-head with them is a fantasy come true,” said Kent of his competition.

On top of preparing for the competition and his job as a software engineer, Kent is completing illustrations for his collection of children’s poems, scheduled for release in April. He also regularly posts illustrations and poems on his blog, i.droo.it.

The March Madness Poetry tournament bracket can be found on Thinkkidthink.com/mmpoetry-2014, and competition poems will be available starting March 19.