HOOVER —Tajuan McCarty, founder and executive director of the Birmingham-based anti-trafficking organization The WellHouse, will be featured in a panel discussion as part of (Re)Abolish Night at Valleydale Church in Hoover April 13.

The Valleydale Church Women’s Ministry invites other women’s ministries throughout metro Birmingham to raise awareness of sex trafficking. Tickets for the event are $10 and can be purchased online at Valleydale.org. Proceeds raised from ticket sales and specially designed (Re)Abolish T-shirt will benefit The WellHouse, a faith-based and Christ-centered nonprofit that offers immediate shelter and transitional housing to women who have been trafficked, are prostituting, or otherwise sexually exploited. 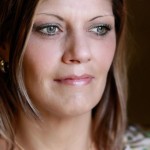 (Re)Abolish Night will begin at 6 p.m. at Valleydale Church, and will include a viewing of a short film titled “I-20: The Sex Trafficking Superhighway.” The 20-minute film, produced pro bono by Birmingham-based Lewis Communications, explains the depth of human trafficking on Interstate 20, the main east-west artery between Texas and South Carolina.

McCarty, a former trafficking victim, has dedicated her life to helping others via The WellHouse. At age 15, McCarty was sexually exploited by her “boyfriend turned pimp,” and trafficked to Birmingham so many times that the city eventually became her home.  Also on the panel will be Alexa Jones, development director at The WellHouse, and “Rachel,” another trafficking survivor.

“We want to bring awareness to the problem of human sex trafficking and we want to promote the wonderful ministry of The Wellhouse,” Harris said. “We also want to give practical ways that churches can partner with and provide support to this organization. I have a 15-year-old daughter the same age as many of these young victims and I realize that this could so easily be anyone’s child.”

Harris continued: “This is a very heavy topic and we don’t want people to go away from this event feeling downhearted. We want to offer hope that we can help bring justice to this situation and we want to celebrate the lives that have already been redeemed. Awareness is the first step.”

By GINNY COOPER / Staff Writer CALERA—Three suspects arrested Feb. 25 after a high-speed car chase have been charged with... read more