The Shelby County Drug Enforcement Task Force acted on a tip to take down an alleged methamphetamine dealer in the parking lot of a Pelham business on March 10 while police said he was attempting to deliver the drug to Shelby County. 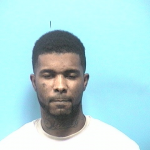 Task Force members arrested 31-year-old Thurman Dewayne Pearson, whose address was listed in the 8000 block of Melvin Road in Gilbertown, on March 10 and charged him with one felony count of trafficking methamphetamine, first-degree possession of marijuana and possession of a controlled substance.

Pearson also is facing one misdemeanor count of possession of drug paraphernalia.

After receiving the tip, Task Force members waited for Pearson to enter the county and then confronted and arrested him when the suspect stopped in the Pelham Walmart parking lot, Turner said.

“That’s definitely enough to distribute,” Turner said. “Most of the time, we recover single-digit amounts.”

Trafficking methamphetamine is a Class A felony. If convicted of the crime, Pearson could face between 10 years and life in prison.

First-degree possession of marijuana and possession of a controlled substance are each Class C felonies. If convicted of those crimes, Pearson could face between one and 10 years in prison per charge.

By JORDON SEMIEN/For the Reporter NORTH SHELBY — In their last game before competing in the upcoming Vestavia Hills softball... read more