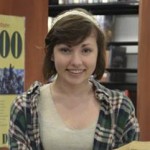 Walker won the silver medal for her personal essay/memoir, “The Ceremony,” which was awarded a Gold Key at the program’s regional level. The national results were announced March 18 by the nonprofit Alliance for Young Artists & Writers.

Alabaster officials present a $69,000 check to each of the city’s school principals during a March 17 council meeting. (Reporter... read more