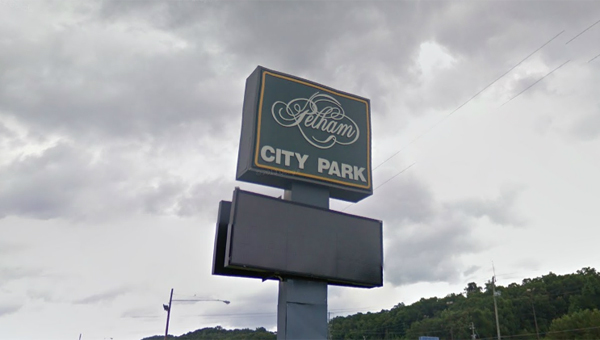 The current Pelham City Park sign, which has been out of service for years, will soon be replaced by a new video-capable sign. (Contributed)

PELHAM—Pelham City Park soon will have a new working sign, as city leaders approved the purchase of a LED Video Marquee Display Unit during the March 17 Pelham City Council meeting.

The new LED display will replace the old sign, which the city has been unable to fix and has been out of service for years.

“The last sign’s manufacturer went out of business two years after we purchased it,” said Pelham Parks and Recreation Director Billy Crandall. “It hasn’t been working for four years.”

After extensive research, Crandall chose the model from Pelham-based company Reliable Sign Services, Inc., and the price was negotiated to the budgeted cost of $40,000. According to Crandall, this is $10,000 less than the price paid for the old sign.

Although slightly smaller than the previous sign, the new display has greater resolution as well as picture and video capability.

Crandall plans to use the sign to highlight various topics pertaining to the community, such as events or an “athlete of the week” during the school year.

“It’s a great way to get information out to the community and promote Pelham,” said Crandall.

In addition to the new sign, the Pelham Parks and Recreation Department is preparing for opening day at Pelham City Park on April 5 and a professional women’s tennis tournament at the Pelham Racquet Club from April 6-13.