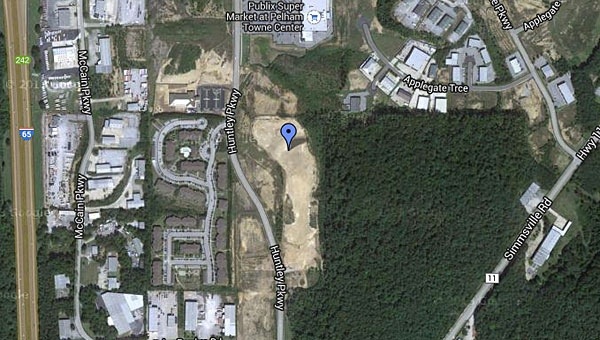 Pelham Planning Commission approved the rezoning of 3.67 acres of land to be used for an apartment complex. (Contributed)

PELHAM–During a March 20 meeting, the Pelham Planning Commission approved the rezoning of 3.67 acres of land on Huntley Parkway, next to 14.83 acres the commission approved for rezoning in early August. Developer C&A Enterprises LLC plans to build a luxury apartment complex on the two plots of land, totaling 18.5 acres.

Like the 14.83 approved for rezoning in August, the Planning Commission approved changing the 3.67 acres from the current B-2 General Business District to PR-3 Planned Multiple Family District zoning.

In addition, C&A Enterprises LLC has modified plans for the apartment complex, reducing it from 228-units to 184-units. With the addition of new land and the reduction in number of units, the proposed apartment complex now complies with Pelham’s density requirements, which stipulate a maximum of 10 units per acre.

“Before this, they were 150 percent above the maximum density,” said Pelham city engineer Jesse Jowers during the March 20 work session, adding with the 184-units the complex “just meets the maximum requirements.”

“They have gone to extraordinary measures to meet the requirements we put before them,” planning commission member and councilwoman Karyl Rice said of C&A Enterprises LLC.

During the March 20 work session, Pelham Mayor Gary Waters urged the Planning Commission to review and revise the City’s subdivision rules, characterizing them as “outdated and antiquated provisions.”

“We’re way beyond that, it’s time for us to move forward from that,” Waters said during the work session, adding there was no definite timeline, but “this is a good place to start.”