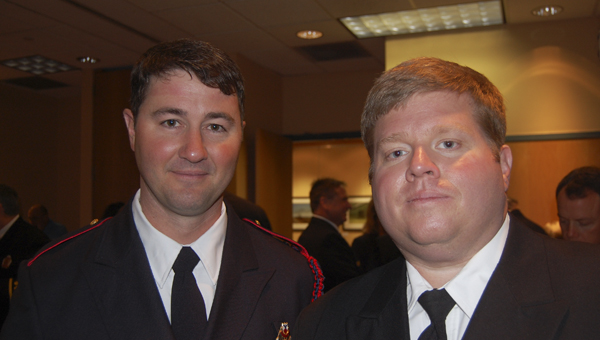 The following nine firefighters were formally promoted as their families looked on:

The following eight firefighters also were recognized for their combined 200 years of service to the city of Hoover:

In addition, Firefighter of the Year 2013 Lt. Larry Florence and Paramedic of the Year 2013 Capt. John Dennis were again commended for their achievements in the line of duty.  Before the ceremony’s conclusion, the Hoover Fire Department presented a $25,000 check from the Hoover Public Safety Charity Foundation to Camp Conquest, a summer camp program designed to respond to the needs of pediatric burn survivors. The City of Hoover also presented Camp Conquest with a check of $5,000.

What’s the future of the Alabaster Exchange?

The future of a proposed shopping center between Fulton Springs Road and U.S. 31 is uncertain. (File) By NEAL WAGNER... read more