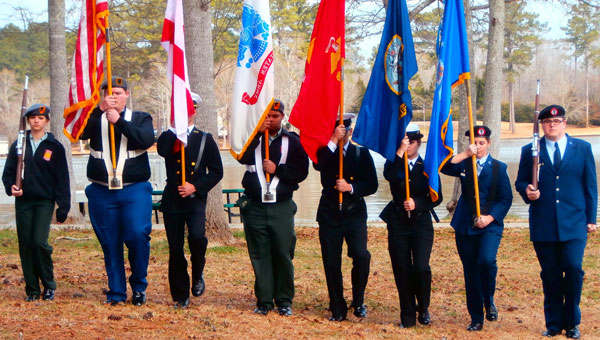 The Joint JROTC Color Guard renders honors in salute to the flags about to be retired. (contributed)

The flags were separated into the red stripes, white stripes and the blue fields of stars. The ceremony began with the burning of the red stripes, which symbolizes hardiness and valor. Then, the white stripes were added symbolizing purity and innocence. Finally, the blue fields of stars symbolizing vigilance, perseverance and justice were added to the flames.

After the formal portion of the ceremony, the cadets enjoyed a cookout and sports competitions.