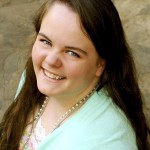 “Mark of the Corripian” is the story of a planet occupied by humans and an alien race called the Kairian. It also follows the adventures of two young adults, Zenia and Xavier.

A summary of the book on Amazon.com reads, “Hundreds of years from now, humans survive on the planet Macathia, where they have each developed a unique power called an Ability. These humans are separated into two societies, Solum or Kedesh, depending on their type of Ability. The land outside the two countries is occupied by the Kairian race, which has inhabited Macathia from the beginning.

“Zenia was trained by her father from a young age to skillfully utilize her Ability and to defend herself from an attacker, but none of those teachings matter after she witnesses a brutal murder outside the strict borders of Solum. Forced to leave her home, she is placed in the seemingly capable hands of a knowledgeable, albeit secretive, young man. He may be the only one capable of keeping Zenia alive, but he seems to be following an agenda of his own.

“Xavier doesn’t remember leaving Kedesh or joining his current agency in Solum. All he has are a dog tag with someone else’s name on it and an eerie tattoo on his right arm. So when the opportunity arises to recover his forgotten memories, Xavier decides to take a chance, even if it may be a trap and may mean placing the life of an innocent Solumian girl in danger. Is reclaiming his forgotten memories worth the death of one girl?
“Amidst it all, an ancient prophecy foretelling a war between the human and Kairian races is coming true, and the only one able to save the world from its ultimate destruction will bear the mark of the Corripian.”

Parker, 19, is a graduate of Hope Christian School, but wrote “Mark of the Corripian” while attending Oak Mountain High School.  The novel, published by Oklahoma-based Tate Publishing & Enterprises, is Parker’s first novel in a planned four-part series, “Corripian Chronicles.”

UM to perform ‘The Mikado’