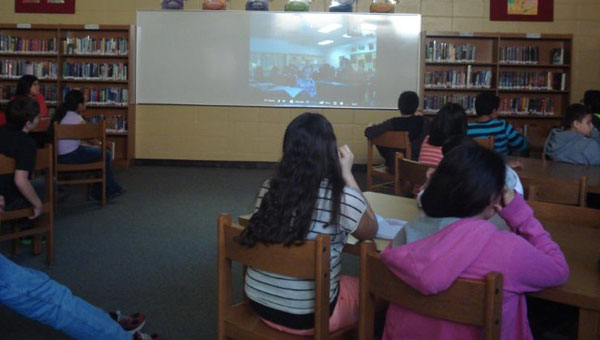 PELHAM – On March 7, the temperature in Fort McMurray, Alberta, Canada, was -42 degrees. According to the students at Ecole McTavish Junior High School, they haven’t been able to play outside for a month. Students from Ms. Sue Huneidi’s sixth grade ELA class at Riverchase Middle School were amazed at hearing this when they connected via Skype with a class of seventh-grade Canadian students.

Ms. Huneidi’s students had recently read “Hatchet,” a novel set in the Canadian wilderness. While they were reading, they could only imagine what Canada is like. During their Skype conversation, they were able to see what it was really like. Outside the Canadian classroom was a view covered in snow. “I didn’t know anything about Canada before the Skype,” one student said. “It was cool to learn about Canada.

By CASSANDRA MICKENS / Associate Editor HOOVER — Eight people have submitted applications to fill a seat on the Hoover Board... read more