Louisiana author speaks of living life off of the land 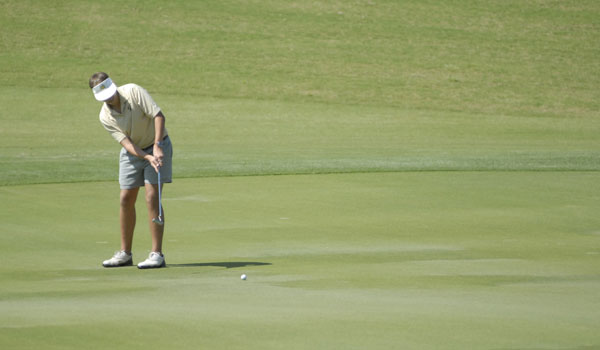 CALERA—Gwen Roland held the audience at Roy Downs Memorial Library captive with stories of life in the remote Atchafalaya River Basin Swamp in south-central Louisiana, during her March 25 presentation.

Roland spoke of the six years she lived off of the land and water with her then-partner, Calvin Voisin, in a houseboat they built on a barge, which is the topic of the memoir she penned, “Atchafalaya Houseboat: My Years in the Louisiana Swamp.”

“I’d write stories on a legal pad while we were fishing, and then type them up on an old typewriter when we got back,” Roland said, and described days spent casting nets for fish and furnishing the house with salvaged items.

Roland spoke on much more than just the book: She shared tips on sustainable farming and jelly making, as well as stories of her many jobs, which varied from editor of a scuba magazine to teacher at a square dance resort.

Roland describes herself as “always curious,” and emphasized the adage “curiosity trumps the fear of failing.”

After being raised in a small Louisiana town by a father who did not encourage education, Roland knew that going to college was a dream she must work for, and attended LSU for both her undergraduate and master’s degrees.

Roland, who now writes about sustainable agriculture, shared a variety of tricks for farmers. She described the benefits of letting chickens into the garden after the season is over, and emphasized that the best farming “all starts with the worms.”

“We have an abundant harvest, year after year,” Roland said.

Roland encouraged audience members to garden, and touted the many benefits of living off of the land.

“You can grow something no matter where you are,” she said.

By CASSANDRA MICKENS / Associate Editor HOOVER — No injuries were reported after a fire broke out at Inverness Country Club... read more