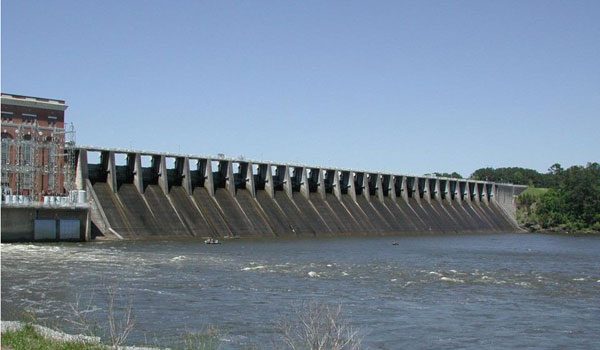 Lay Lake, a 12,000-acre reservoir used for both hydroelectric generation and recreation, will celebrate its centennial April 12.

Lay Dam was the first hydroelectric plant built by Alabama Power Company, and still generates power to this day.

“This is the first mega dam in Alabama; one of the first in the world,” said Frank Chitwood, Riverkeeper for the Coosa Riverkeeper organization.

“As Alabama Power’s first dam and hydro facility, Lay Dam has played a large role in the development of the company,” Brandon Glover, environmental communications specialist for the company, said.

Though the company does not currently have any centennial celebrations planned, they hope to celebrate the occasion in the fall.

“We realize the importance of Lay’s Centennial to our company’s history and the communities it has powered for 100 years and are looking for ways to celebrate that history and partnership this fall,” Glover said.

The lake is also a popular destination for those interested in outdoor recreation, and offers opportunities for boating, swimming and other outdoor activities. Lay Lake is also known for both tournament and recreational fishing, and species such as largemouth bass, spotted bass, hybrid striper, bream, bluegill and readear sunfish are found in the lake.

However, Chitwood warned that the lake is “one of the dirties lakes on the Coosa River,” and cautioned against eating the fish under consumption advisories, which include striped bass, channel catfish and largemouth bass according to the Alabama Department of Public Health 2012 Fish Consumption Advisories.

For those looking to keep the lake healthy, Chitwood suggested picking up trash, being energy and water conscious and supporting a local clean water advocacy group.

Pelham to get youth soccer league

By MOLLY DAVIDSON / Staff Writer PELHAM—Pelham and the YMCA are partnering to bring a competitive youth soccer league to... read more