PELHAM—A 31-year-old Wisconsin man is being held in the Shelby County Jail on a $100,000 bond after being charged with alleged possession of multiple stolen identifications and intent to commit identity theft. 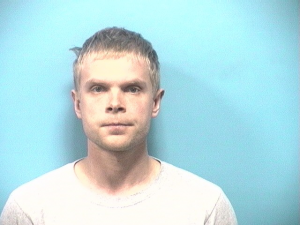 “He had recoded the magnetic strip on credit cards,” said Palmer. Palmer said recoding the cards gave Kotkas the ability to make purchases using the information of the 22 victims.

“This is still an open investigation,” Palmer said. “There may be more to this than we have now.”

Kotkas, a citizen of Estonia, was originally placed under a $30,000 bond. However, this was raised to $100,000 following the district attorney’s recommendation identifying Kotkas as a flight risk.

As of March 31, Kotkas was still being held in the Shelby County Jail.

If convicted of the Class B felony, Kotkas could face up to 20 years in prison.