COLUMBIANA —A blogger who aired an alleged extramarital affair involving the son of former Gov. Bob Riley has been released from the Shelby County Jail after more than five months detainment. 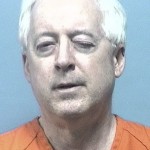 Roger Alan Shuler, chief writer of the blog “Legal Schnauzer,” was released on March 26, according to a March 27 blog post. The blog post claims that Shuler was “the only incarcerated journalist in the Western Hemisphere.”

Shuler also claims via his blog that a Shelby County sheriff’s deputy “trampled the U.S. Constitution” when the deputy conducted a traffic stop outside the North Shelby Library Sept. 29, 2013, to serve Shuler and his wife, Carol, court papers in a defamation lawsuit Riley filed against Shuler. Lt. Mike DeHart, who served the court papers, testified that the Shulers discarded the papers, including the temporary restaining order, by throwing them out of their car window after they were served.

Shuler is quoted saying that he is grateful to have his freedom restored.

“I also am grateful for the support of many readers, friends, and justice-focused citizens. This has been a traumatic experience for me and wife, Carol, who has done a wonderful job of keeping our audience updated in my absence,” Shuler said.

“Jail, of course, is not meant to be a pleasant experience, and I can provide first-hand testimony that it definitely is an unpleasant place to be, more so than probably many of us can imagine. It takes a tremendous physical, mental and emotional toll.”