PELHAM—A Pelham man was arrested on April 2 and charged with possession of and intent to distribute child pornography. 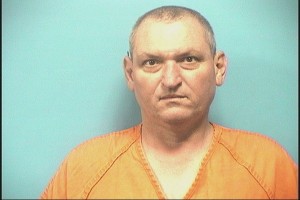 Terry Gene Burch, 39, was apprehended by Pelham Police and charged with one count of possession of child pornography with intent to distribute, a Class B felony.

The warrant identified the alleged images as “nude images of an 8 year old male.”

According to Pelham Police Department Deputy Chief Larry Palmer, Pelham Police received “a call from another law enforcement agency” alerting them to Burch. Enough evidence was compiled for a warrant on April 2.

Burch was placed in the Shelby County Jail on April 2 under a $15,000 bond. He was released on April 3 after posting bail.

Burch is scheduled to appear in court on May 7. If convicted of the Class B felony child pornography charge, he could face up to 20 years in prison.