INDIAN SPRINGS VILLAGE — For the next two Mondays in April, Indian Springs School will host accomplished poets from across the nation as part of its Spring 2014 Visiting Writers Series. 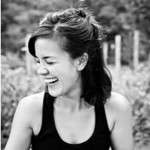 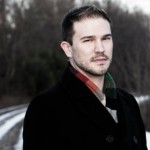 Established in 2011 under the director of ISS Poet-in-Residence Douglas Ray and Librarian Jessica Smith, the Visiting Writers Series gives ISS students and members of the community the opportunity to hear new poetry, fiction and nonfiction from established up-and-coming writers, who also spend time visiting ISS classes.

Michelle Chan Brown will be the featured poet April 14.  Brown’s poetry collection, titled “Double Agent,” won the 2012 Kore First Book Award.  Brown earned her master’s of fine arts degree from the University of Michigan, where she was a Rackham Fellow.

Brown’s work has appeared or is forthcoming in Blackbird, Cimarron Review, The Missouri Review, Sycamore Review and Witness. Chan lives in Washington, D.C., where she teaches, writes and edits Drunken Boat, an online journal of art and literature.

Charles Jensen, author of “The Nanopedia Quick-Reference Pocket Lexicon of Contemporary American Culture” and “The First Risk,” will be the featured poet April 18. Jensen’s previous chapbooks include “Living Things,” which won the 2006 Frank O’Hara Chapbook Award, and “The Strange Case of Maribel Dixon.”

Jensen is a past recipient of an Artist’s Project Grant from the Arizona Commission on the Arts, and his poetry has appeared in Bloom, Columbia Poetry Review, Copper Nickel, Field, The Journal, New England Review and Prairie Schooner.

Jensen, who resides in Los Angeles, works as the development and communications manger of Arts for LA and serves on the board of directors on the literary magazine 32 Poems. He earned his master’s of fine arts degree from Arizona State University.