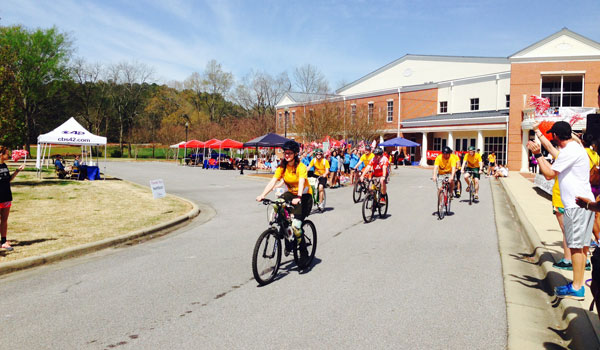 MONTEVALLO—Over 200 cyclists rode to support the American Diabetes Association on a balmy Saturday at the University of Montevallo.

“It’s a ride, not a race,” Executive Director Aimee Johnson said, and riders were not officially timed during the course.

Those participating in the race who have diabetes are called “red riders,” and are “the reason that we ride,” said Johnson.

Pattie Oliver and Shirley Montgomery came from Birmingham to support their pastor, James Johnson, who is red rider and participated in the race with his wife.

A few riders did not enter the race due to the change in location, Johnson said, but despite the set back, the organization “hopes to be back next year.”

Money raised at the event funds research, education, advocacy and programs for those with diabetes.