CHELSEA — Longtime author and Shelby County Reporter community columnist Shelba Shelton Nivens of Chelsea has been married to the same man for 58 years, which compelled her to write her first fiction book, “The Mistaken Heiress.” 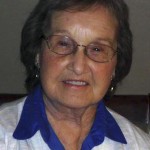 “Who better to write about true lasting love than somebody who has been married 58 years to the same man?” said Nivens, 76, a Pelham native who has taken a hiatus from her Reporter column due to health issues. “Plus, it’s fun to write.”

“The Mistaken Heiress” is an inspirational Christian romance book released this month by Heartsong Presents, a division of romance novel publishing giant Harlequin Enterprises. It tells the story of a woman named Kate Sanderson, who plans to start a landscaping business on the property her grandfather promised her. Kate encounters a mysterious stranger “with bright blue eyes and a silly grin” who insists he owns her inheritance.

The stranger, Steve Adams, plans to build a home for troubled kids on the property, but he didn’t expect a red-haired beauty like Kate to claim the place, or his affections.

Nivens’ husband, Kenneth, sparked the idea for “The Mistaken Heiress.” She and Kenneth met when she was 9 years old, and Kenneth was “the first boy to walk under her chicken wishbone over her grandmother’s doorway,” according to Nivens’online author biography. She knew he was the one.

The Nivens moved to the “old, family home place” of Chelsea, where Kenneth’s ancestors were among the earliest settlers in the community. The couple have three children, Tony, Joni and Kerry, six grandchildren and six great-grandchildren.

“I’ve been writing for years, but this is my first fiction book I have out,” said Nivens, who also wrote the self-published book “Early Settlers of the K Springs/Chelsea Area,” which has sold 15,000 copies.  “My agent and my editor at Harlequin have really encouraged me.”

To honor the book’s release, signing celebrations are set for April 19 at Johnny Ray’s in Chelsea, April 28 at Chelsea Coffee House and May 10 at Sanctuary Christian Books & Gifts in Alabaster. Times and additional signing dates are to be announced on Nivens’ official Facebook page.

Nivens also drew from her daily surroundings to write “The Mistaken Heiress,” and said readers will recognize a few area landmarks throughout the book, including the Shelby County Courthouse, Lay Lake and Vulcan. However, Nivens doesn’t disclose exactly where the book is set.

“People who know this place will figure it out,” she said, laughing.