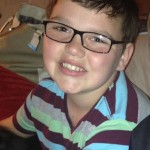 The Shelby County Sheriff’s Office and the Cahaba Valley Fire Department located Matthew David Aaron overnight, according to a news release. Authorities did not disclose where Aaron was found. Sheriff Chris Curry said foul play was not involved in Aaron’s disappearance.

Aaron, who has medical issues and requires the care of his family, was last seen at the office of Shoal Run apartments off Alabama 119 April 8.

This is the second time Aaron has been reported missing and found this year. Aaron was reported missing Feb. 24 and found unharmed the same day. At that time, sheriff’s deputies and investigators believed Aaron left his home on his own. Aaron was reported nationally as “Missing” through the Alabama Criminal Justice Information Center, the National Crime Information Center and the National Center for Missing and Exploited Children.

In both instances, the Shelby County Sheriff’s Office sought the public’s help to find Aaron. Curry said he would like to thank everyone who assisted with the search.