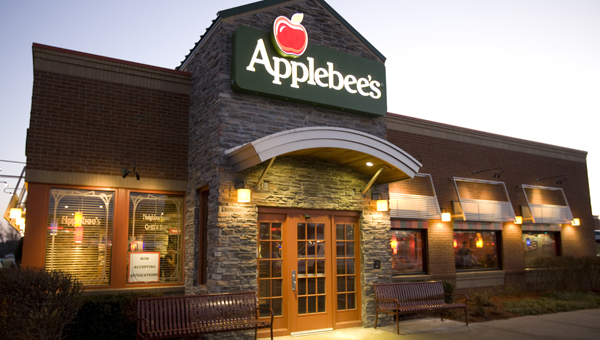 CHELSEA — The Chelsea City Council April 15 unanimously approved $200,000 in economic incentives for the new Applebee’s restaurant under construction on U.S. 280, but not before being peppered with questions from residents and business owners.

A public hearing was held during the council’s regular meeting to discuss the incentive deal. Mayor Earl Niven in a previous report referenced a state law that allows private enterprise to receive public funding for economic development that encourages growth in the area.

“A national chain like this will benefit this area,” Niven said during the public hearing. Niven added that the $200,000 would go toward Applebee’s infrastructure expenses like sewer and road work.

Mike Taunton, owner of the KFC restaurant that closed in Chelsea in December, questioned how the mayor and council “decide who and who not to help in these type situations.” Taunton is now working to open a car wash in the city, which he estimates to be a $1.2 million investment.

“I understand I’m not a person that has a whole lot of money sitting in the bank. A company like Applebee’s has deeper pockets than Mike does,” Taunton said. “My heart’s broken for shutting the doors, closing my business … I never walked through the door and asked for help.”

Niven and Councilwoman Juanita Champion said businesses seeking economic incentives are reviewed on a case-by-case basis, which led Mary Fogo, owner of Chelsea Chiropractor and Acupuncture Clinic, to ask whether the council had set criteria to discern which businesses receive incentives.

“How do we gauge we are getting the bang for our buck?” Fogo asked.

At this time, the council does not have criteria for determining which businesses receive incentives, Niven said. However, Niven and the council are confident that Applebee’s will generate sales tax dollars for the city as well as attract new businesses and create new jobs.

“The reason the city does this is to develop the future,” Niven said.

Councilman Tony Picklesimer said this is not the first time the city of Chelsea has offered incentives to businesses. The city offered a tax abatement to Publix Super Markets to locate in the city.

Niven said the No. 1 request among Chelsea residents is more sit-down restaurants, and offering an incentive is a step in that direction.

Other residents questioned why a corporate restaurant like Applebee’s needs $200,000 when it makes million dollar profits, and whether the incentive is necessary for the project to move forward. One resident worried that Applebee’s wasn’t a good match for Chelsea, home to mostly locally owned restaurants. Another resident said the incentive money would be better spent on schools and road repairs.

Picklesimer made the motion to approve the resolution for the incentive and Councilman David Ingram seconded the motion.