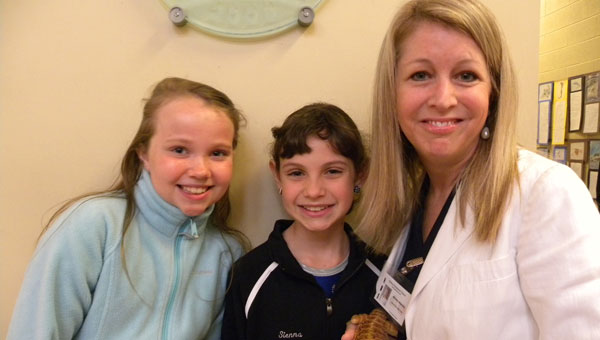 MT LAUREL – Mahatma Gandhi said, “Be the change that you wish to see in the world,” and a small group of students at Hilltop Montessori have taken that to heart. Caroline Prince, Sienna Stine and Gabby Wang decided to raise funds for their favorite charity, Feed the Children. In order to assist them with reaching their fundraising goal, they made a request to Head of School Michele Wilensky. They asked if she would be willing to kiss one of the school’s pets, Mario, a bearded dragon, if they reached their goal. Mrs. Wilensky graciously agreed and became even further committed to the cause with an additional agreement to also kiss a hermit crab.

In keeping with the Montessori philosophy, the students at Hilltop Montessori are encouraged to be inspired to make positive contributions to society and this project was a good lesson for all who were involved.