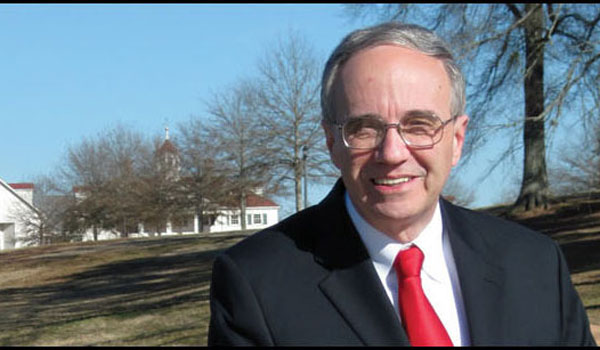 MONTEVALLO—The Women’s Committee of 100 for Birmingham named American Village founder and CEO Tom Walker as 2014 Citizen of the Year.

The Women’s Committee of 100 presented the prestigious award to Walker at their recent Golden Anniversary Awards luncheon.

“Individuals named Citizen of the Year must actively exemplify humanitarian qualities and show a commitment to improving the quality of life in Alabama, and have made an impact on the lives of others,” according to a news release from the organization.

“Tom Walker’s vision to create a colonial village where visitors could learn and share in American History, rediscover the significance of the Declaration of Independence, The Constitution and Bill of Rights, is helping youngsters and adults make connections not only to our nation’s past—it’s liberty, law and good citizenship—but also to understand their great responsibility for its future,” one of Walker’s nominators wrote.

The American Village Citizenship Trust, a non-profit organization, first opened in 1999 and serves as an educational institution, which seeks to “strengthen and renew the foundations of American liberty and self-government,” according to their website.